The other day I was watching a video of a man trying to do hurdles. The first hurdle comes and he clears it like a champ. The second hurdle; clears it too. Then on the third hurdle, his back foot tips the hurdle and it messes up his rhythm. I clench my teeth a little knowing that it’s probably going to get worse.

The fourth hurdle comes and his front foot knocks it down, but it’s okay, he’s still running, well, more stumbling than running, but he’s trying and that counts for something. The next hurdle comes and he knocks it down with his front foot and stumbles further. He uses his hand to break his fall towards the ground while his feet push him forward. Then he looks up and there is the next hurdle, no time to jump… so he ducks under it. His shoulder catches the hurdle and he’s tumbling to the ground with the hurdle wrapped around his body.

As I watched, my face made an anguished look and I let out an audible sound of pain as if I was the one stumbling into the hurdle. That moment of anguish that I felt is empathy.

Empathy is one of God’s greatest gifts to humanity. Some people feel things more intensely than others, but empathy is like a muscle that can be exercised and is a necessity to a rich relationship with Jesus.

If you are looking to grow in your faith, one thing I recommend is acknowledging those moments of empathy, and acting on them to do good. The deepest relationships we can have are characterized in Romans 12:15 – Rejoice with those who rejoice, weep with those who weep.

The New Living Translation (NLT) says it this way:

When others are happy, be happy with them. If they are sad, share their sorrow.

When I was a college minister at UC Davis, there was a student involved in our ministry who was fairly quiet and unassuming. He would run our sound board during our weekly meetings and was dutifully involved in a small group Bible Study. A tremendous grief struck when his father suddenly passed away.

He was not one to reveal his emotions but I had heard from others the terrible news. I wasn’t sure the best way to respond so I asked my mentors what to do. They advised that I could meet with the student and merely acknowledge the moment of grief, and then God would take it from there.

Later that week, at our Spring Retreat, during a reflective moment on Saturday night, I sauntered over to the grieving student and sat down next to him. I fumbled through my words and before I could finish I looked over at him and tears were streaming down his face. I couldn’t grasp the level of grief he was feeling but I immediately started crying too.

To enter into that student’s pain was scary but freeing. After gathering himself, the student said “thank you.” This wasn’t a polite or nice thank you, this was a “thank you from the depths of my soul” thank you and the moment met the world for both him and me.

My hope and prayer for the church during this time is that we would take Romans 12:15 to heart. There are brothers and sisters in Christ who have been hurting for centuries and as we are made aware of the pain, I pray we would have empathy for them.

Below is a poem I wrote about George Floyd. Although his life was taken unjustly, it can be easy to look away from the incident that occurred because it is horrific. My encouragement to you is to take a longer look and allow the Holy Spirit to stir in you the empathy that leads you to action.

Become him
Run through your mind, his life
And put yourself in his place
Feel the pain inflicted
Dwell in the moment,
The eight minutes
That took his life

Mourn with those who mourn
Comfort them

As Jesus comforts us 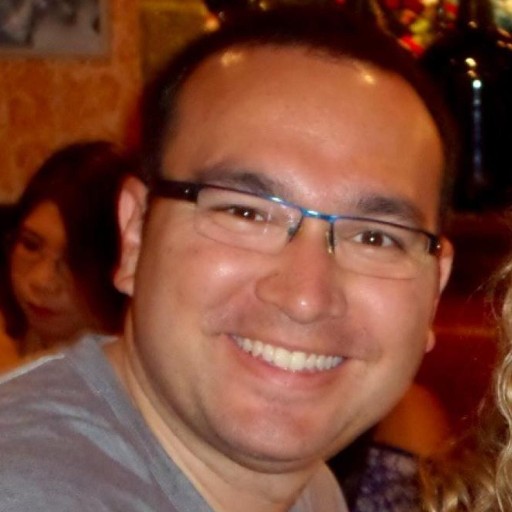