Almost two months ago “we” gathered in cities across the country to consider how we might take our next step with God in going, doing, saying, or giving.

What are  we talking about when we say the word “go”?

Does that mean I have to get a passport and pack my bags for a far off distant land?! Like, does this mean I am going to have to become a missionary in order to follow God? For some of us, yes, but for some of us it could be a “going” mentality. A change of perspective. A change in comfort.

A Change in Plans

“Going” has come to mean for me, more like listening. God is always speaking, are we listening? He speaks in the everyday moments and sometimes God chooses to take us clear across the world to tell us something about ourselves and His love for us.

My sophomore year of college, God brought me on a missions trip to South Africa. I was a Zoology major, in pursuit of Veterinary School when He spoke to me on the African plains in front of a lion reserve. My whole life I dreamed of working with exotic animals, so while I should have been rejoicing in this moment dreaming about my future, my heart was in the safe house.

Only hours prior to the lion reserve our team had just been to a safe house where South African teenage girls had been living and learning how to follow God without their family to support them. We had spent a day loving on them, but in reality it turned out they were the ones loving on us. Their joy was unreal. Overflowing and completely authentic joy. It was breathtaking and so contagious I wanted to bottle it up and share it with everyone because there was more than enough of it.

After we left the safe house, we learned one of them had been raped the night before we got there. We would have never known by how she was acting. My heart completely and utterly broke. My joy as a college student, working towards the goal of healing animals was good and even holy, or at least just as spiritual as becoming a missionary; But, it wasn’t what my heart was beating for as strongly as helping people come to know God’s heart and being a part of bringing healing to this really obviously aching world.

While physically, I had “gone” to South Africa on that day, I also experienced a different  kind of “going”. I moved away from career plans I had had since 2nd grade! I was open to change, willing to go and venture into new and unknown territory. I was open to listening and responding to God in a way that took me out of my comfort zone.

Seriously, that was hard, maybe even the hardest part was following through on that decision. 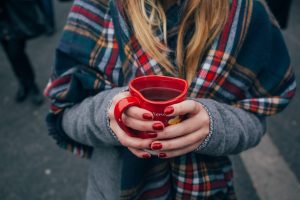 It’s like when all we want to do and all the world tells us to do is get in comfy clothes, with that cozy blanket and veg with your favorite show, but God says get up. Get going because you could be a part of something so much bigger!

The reality of “going” for those familiar with the Bible, we go straight to Jesus’ final command to “go and make disciples of all nations…” (great commission stuff from Mt. 28), but we also have to understand that the command in that sentence is not to “go”, but it is to “make”. The term in Greek for “go” from that passage really means “while/when/wherever/as you are going” make disciples. So that doesn’t always mean you have to go far to make disciples. So let’s let some of us off the hook a bit from applying for our passports and riding camels in front of an ancient pyramid (even though I’m so down to check that off my bucket list).

Others of us actually need to start filling out that application to go overseas (Just do it!).

The simplest next step, is to start “going” on our own campus (like joining a club), or neighborhood (like go with a friend to one of their hangouts), or place of employment (like actually befriend your co-worker of another faith).
For all of us, we need to leave what’s comfortable; it’s hard to make disciples staying in the familiar.

This always, always, always is the hardest part for me. The analysis of how it’s actually going. Am I following God’s lead? Am I responding correctly in all moments to move in the direction He wants best for me? Like, am I really good at “going” at all?
Let’s ask the better question then. Am I asking good questions of my neighbors? Willing to relate more vulnerably and go below the surface.

Before I can dig deeper, I actually need to spend time with my neighbors! How am I doing at building relationships with people who might not look or act like me? Am I engaging or avoiding those moments that the Lord sets up for me? Am I praying about for types of opportunities?

I fail when I don’t move, don’t ask. But I win (more like Jesus wins!) when I can actually call someone of another faith a seriously great friend, or steer a conversation in the direction of something spiritual.

SO… what does it all mean? The bottom line:

“Going” means you’re willing to see the statistics (whether it’s the number of unreached people groups or child slaves or non-believers on your campus), let them bright up your face because you could be a part of changing that, let them sink their teeth into all of your biggest, grandest dreams and say, “They are yours, Jesus. Do what you will with my life, my goings, and my day to day movements!” So am I willing to “go” anywhere He calls me? And any step in that direction of surrendering is “going”.

So how is it going for you (pun intended)? 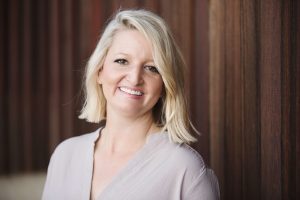 Sarah currently works with Cru in San Diego. She and her husband have two kids, and she is always in between diaper changes, Bible studies, and smoothie making. She graduated from the University of California, Santa Barbara for undergrad, then followed by a Masters of Divinity from Fuller Seminary.