The signboard painted with a white elephant stood at a central walkway in the Montana State University campus all week. In bold, black letters, it said “Addressing the Elephant in the Room… How have Christians hurt you?”

Each day that week, a group of students wore matching t-shirts with the elephant logo wherever they went on and off campus.

No, they weren’t part of an atheist group unfairly targeting Christianity, they explained to a series of angry Christians who approached them. This was a Cru outreach.

The Cru at MSU students had been given the lead on this outreach from the brainstorming session months before, to training their fellow students and printing t-shirts.

Bethany is one of eight students who met each week to plan and pray that God would use this week to launch honest conversations between Cru students and the campus community – acknowledging and confessing ways Christians have failed to accurately portray Christ – while sharing the truth of Christ and the gospel which transcends their flawed reflections.

“That’s a hard thing to do, and it definitely stressed a lot of us,” Bethany said. “By the end of our meetings we’d be praying. We’d be like ‘this is going to be incredible – it’s going to cause such a stir.’ Our friend Josh pointed out – ‘guys, if God doesn’t show up, we’re [sunk]; and that’s kind of an awesome position to be in.’”

During the outreach, Cru students had conversations with people from every spiritual and philosophical

background. They spoke with friends, classmates, and professors. People they knew and total strangers. Some students were invited by instructors to share about the outreach in class. And they invited everyone to a Thursday night session where they’d talk about the ways people had answered the elephant question, and share about Christ.

“People were so open and interested, but they were also confused,” Bethany said. “There was that wow factor, that brought them in, and then we explained, and it really made them think.”

Throughout the week, Bethany had a three-hour discussion with a physics instructor about her faith, a conversation with an autistic student angry at God for making him the way he was, and several opportunities to challenge fellow Christians on how they are presenting Christ.

“I had a lot of people come up to me angrily, thinking we were an atheist group, then once we got to talk to them, they realized what we were doing. And I think the coolest growth thing about it, was how I got to see that perspective of they thought I was an atheist, and they reacted to me angrily. Then they kinda thought about it and ‘Oh, do I know what Christ is like? Am I acting as I should?’”

The Cru students also found their hearts convicted as they listened to people’s’ stories. One student publicly apologized at the Thursday event for her unloving and unchristlike behavior toward a particular subgroup on campus.

In the following weeks, the students were amazed to see how the campus culture around them had shifted. Subjects such as faith and religion were openly discussed.

“It was chiller to talk about God in the classroom,” Bethany said. “So people were like ‘oh yeah, she’s Christian, I have a question – I’ll go to her.’”

A friend from Bethany’s dorm began asking her questions about why they were doing this, and why reflecting Christ was important to her.

“Seeing everything God did was so incredible,” Bethany said. “There were so many times I had so much doubt – nobody’s going to come to the event – nobody’s going to talk to me or ask me my thoughts – I’ll just look weird. And then it turned into this great outreach and stir on campus. It definitely showed how great God is.” 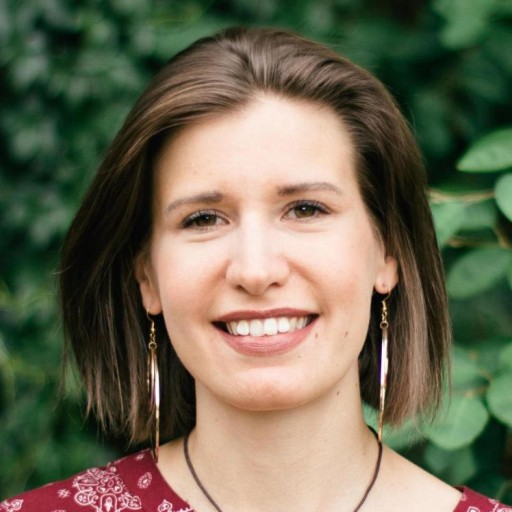 Joanna graduated from the University of Idaho with a degree in journalism in 2012. She joined staff with Cru in 2015, after interning for two years. Now, she's excited to continue sharing awesome stories about God's work on campus full time. She loves old books, swing dancing, and exciting stories.