Questions About the New Testament 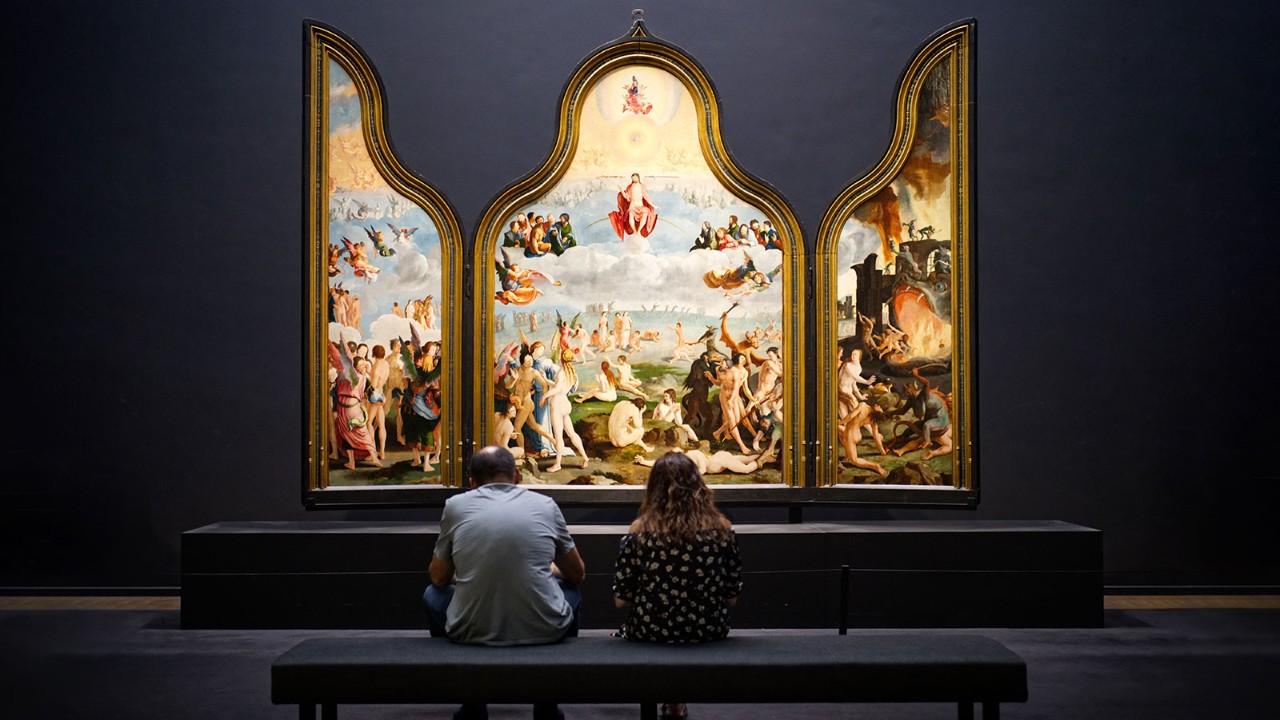 When were the books of the New Testament written?

With A.D. 30 as ground zero, most scholars date Paul’s letters between A.D. 50 and 66, the first three Gospels between A.D.. 50 and 70, and John’s writings sometime between A.D.. 80 and 90. That makes the majority of the epistles and three of the Gospels dated only twenty to forty years after the death of Jesus.

This, as Wikipedia would say, is the “scholarly consensus,” and it’s based on solid evidence. For example, writing in roughly A.D. 90, the bishop of Rome, Clement, quoted from many of the New Testament books, thus assuring that their dates are earlier than A.D. 90. Furthermore, by A.D. 110 to 120, a collection of Paul’s letters had been gathered, bound and circulated to various churches. We actually have a manuscript of this collection, called the Beatty manuscript. This collection contains ten of Paul’s thirteen letters found in the New Testament.

Yet even against such there are scholars who push for later dates on several of the letters, and the reason is a simple presupposition.

The presupposition is a little more logical. It is the belief that the miraculous stories about Jesus (being born of a virgin, giving sight to the blind, and so on) couldn’t possibly be true. Therefore, you can’t have documents within the immediate generation after Jesus containing these ideas, because time would need to elapse for such myths to develop. Make sense?

Following from that presupposition, that Jesus was just an ordinary man, you simply must stretch out the timeline for people believably to be referring to him as the sinless Son of God. If, on the other hand, the New Testament claims about Jesus are true, such dating gymnastics aren’t necessary. But that said, there are certain books, such as Romans, Corinthians, and Galatians, for which virtually no one would dispute an A.D. 50−60 .

How do we know our New Testament is accurate?

To evaluate the accuracy of our New Testament, we have to look at two factors. One factor is the number of ancient manuscripts (copies of the original) we possess, and the second is the time gap between when the original document was written and when the earliest surviving copies were written. The more manuscripts we have, and the closer the manuscripts are to the original, the better we are able to determine accuracy.

For example, we have seven manuscript copies of Natural History, written by Pliny Secundus, with a 750-year gap between the earliest copy and the original text. The number-two book in all of history in manuscript authority is The Iliad, written by Homer, for which we have 643 copies with a 400-year gap.1

Now, this is a little startling. We currently have 24,970 manuscript copies of the New Testament, completely towering over all other works of antiquity in documentary evidence. In addition, we have one fragment of the New Testament (NT) with only a 50- year gap from when the original was written, whole books with only a 100-year gap, and the whole NT with only a 225- to 250-year gap.2 Given the number of early copies, there is no question that we know what the original documents said, though see my note below.

When was the New Testament decided upon?

Most of the letters and Gospels of the New Testament were recognized as Scripture before the end of the first century. Yet, as letters, these documents circulated in various geographic regions, and so it is closer to about A.D.. 150 (175 years prior to Nicea) before we have a comprehensive list that closely reflects our New Testament.

Without going into elaborate documentation, I will simply note that the church leader Irenaeus, writing in approximately A.D. 180, attested to the universally held scriptural status of the four Gospels, Acts, Romans, 1 and 2 Corinthians, Galatians, Ephesians, Philippians, Colossians, 1 and 2 Thessalonians, 1 and 2 Timothy, Titus, 1 Peter, 1 John, and Revelation. That’s most of our New Testament.4

In fact, the general contents of the New Testament were so well established that the church felt no need to formalize the list until heresy, forgeries, missions, and other factors of the third and fourth centuries necessitated a New Testament list that would forever be unaltered.

And so, at the synod of Hippo (A.D. 393) the church listed the twenty-seven confirmed books of the New Testament. This was not a creative brainstorm but of what the church had held to be true for more than two and centuries.

How did the church come to recognize the books of the New Testament as Scripture?

There were four major criteria. The first is fairly obvious: was it written by one of the disciples? While most of the authors, such as Peter and John, were clearly disciples, what about Mark and Luke, whom we didn’t see sitting at the Last Supper? Early Christian writings explain why these books were included.

The second criterion was, did the writing conform to the doctrine that had been handed down from the original disciples to their disciples and so on? Third, did the document have wide use and attestation from the earliest and most recognized churches (usually those founded by the disciples) and church leaders? Last, the testimony of the disciples of the original disciples taken into account, considering what was said by those who had lived on into the second century and testified to their firsthand knowledge of what were authentic apostolic documents. Papias, for example, mentioned his acquaintance with many who had been personally taught by the disciples.7

Were there other gospels not included in the New Testament, and if so, why were they excluded?

We know of roughly sixty other documents, most of them not Gospels, that can be traced to several of the predominant cults of the second and third century, mainly the Gnostics. These documents were almost all written well into the second century, bearing the pseudonyms of the apostles. Our copies of many of these works came from the discovery of an ancient Gnostic library (Nag Hammadi) in 1945.

The earliest of these “alternative gospels” actually exaggerate Christ’s deity, attempting to deny his humanity, as the Gnostics held that matter (flesh) was evil and that it was inconceivable that Jesus could have been an actual man. The documents were far from secret. The early Christians were aware of both the cults and their writings and went to great length to condemn and combat them. You might want to read the early work Against Heresies, written by the noted church leader Irenaeus (A.D. 120−200). The book records the names of several of these works and pseudo-gospels, citing from which cult they emanated and defending what Christians from the very beginning believed about these doctrines.

This article is by no means exhaustive on the subject but addresses some of the most common questions concerning the New Testament. For further study we recommend “The Canon of Scripture” by F. F. Bruce (InterVarsity Press.)

How to Take On the Old Testament and Not Die Trying