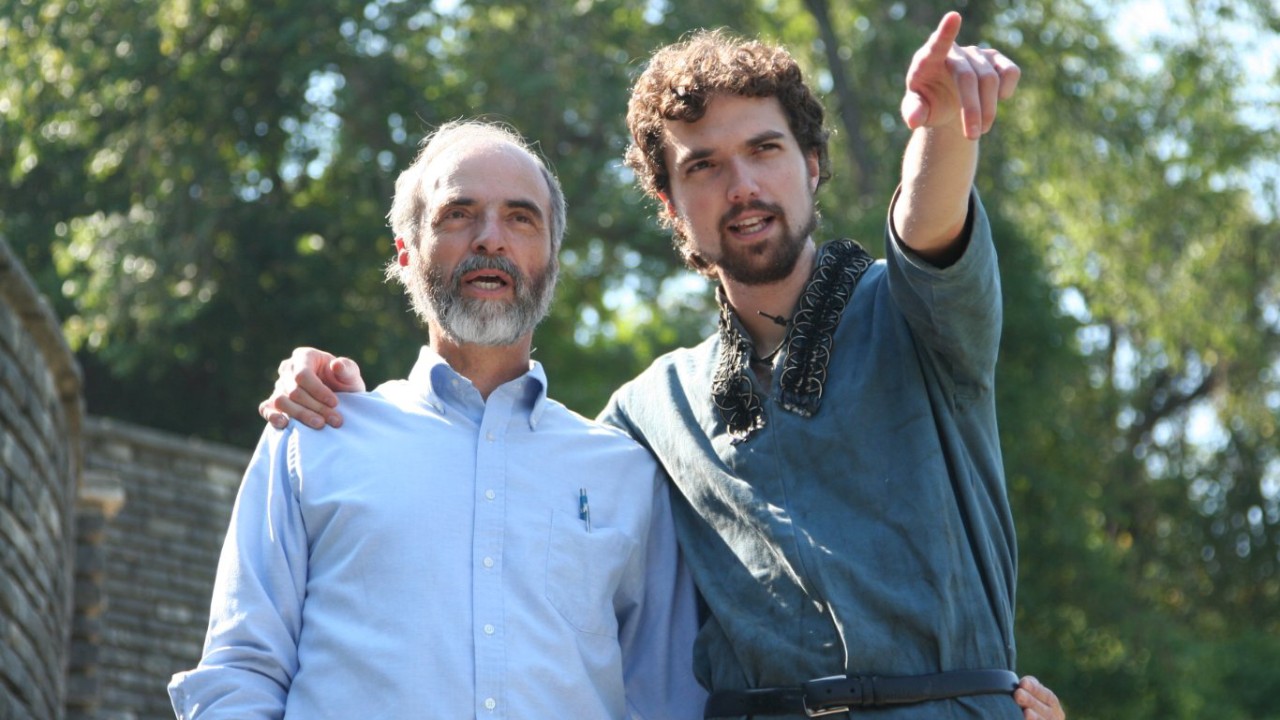 I directed my first feature film, “Pendragon,” when I was in graduate school. In fact, I quit school so I could chase that dream.

I prayed and sought the Lord’s blessing and leading; I had high hopes this first movie was going to be a big success!

Where Is God When Everything Falls Apart?

I had punched all the boxes, done everything I was supposed to do, and it seemed that God had not kept His end of the bargain. I was broken and bitter, deeply in debt, and painfully single. But the Lord used all these things to bring me to just the right place.

Seeing God at Work While Picking Up the Pieces

My grad school advisor graciously agreed to take me back into the research group, but I couldn’t afford the single-unit housing I’d lived in previously. I feel strongly that this was something God planned. There was a group of guys who were involved with a campus ministry, and they invited me to live with them for $200 a month, which was exactly what I could afford.

It was great to have other followers of Christ show acceptance to me and mentor me in my faith. It’s fantastic to have somebody else who can get in your kitchen and rattle the pots around, really helping the Holy Spirit to refine the rough edges of your life and spurring you on to where He’s leading you.

When the Lord brings the opportunity to be in that kind of a relationship, seize the moment.

I had been caught up with what I was doing and trying to earn God’s favor, but the Lord used these guys to care for me and strongly renovate my faith through a couple of key ideas.

Finding Identity in All the Wrong Places

I had been looking to find my significance in my work, my actions and my performance. I defined myself by these things. It was crushing when I failed and incredibly empty when I was successful. Jesus wanted me to rest in what He had already accomplished for me by His death and resurrection; He wanted me to find my identity in Him.

In the Bible, the apostle Paul talks a lot about “putting on Christ,” which means to clothe yourself with His character and ways rather than your own. This was a revolutionary concept for me. As long as I was looking for the significance and identity that I so deeply craved apart from Christ, I was never going to find it. But Jesus wanted to be there for me anyway.

This was the first key: Find my identity in Christ.

The Value of Putting Relationship Over Success

The process of the journey is the most important part. I used to think that if God would just illuminate the path like a runway to show me which way He wanted me to go in life, then I would be happy to follow Him. But I believe that He makes life the way it is because He wants us to seek a relationship with Him. Relationship with God is not just part of the process, it’s integral to it.

The second key for me was prioritizing my relationship with God.

I often look back at how things didn’t go the way I wanted them too, but now I am thankful that God provided for me as He did. It’s been a very fun journey because I’ve seen the Lord answer my prayers differently than I’d hoped, and I’ve also seen Him provide exactly what I was praying for just in the nick of time.

Chad’s newest film, “Beyond the Mask,” is a faith-based action film set in the days leading up to the American Revolution.

God's Will Trust Identity in Christ

The Day I Planned to Die