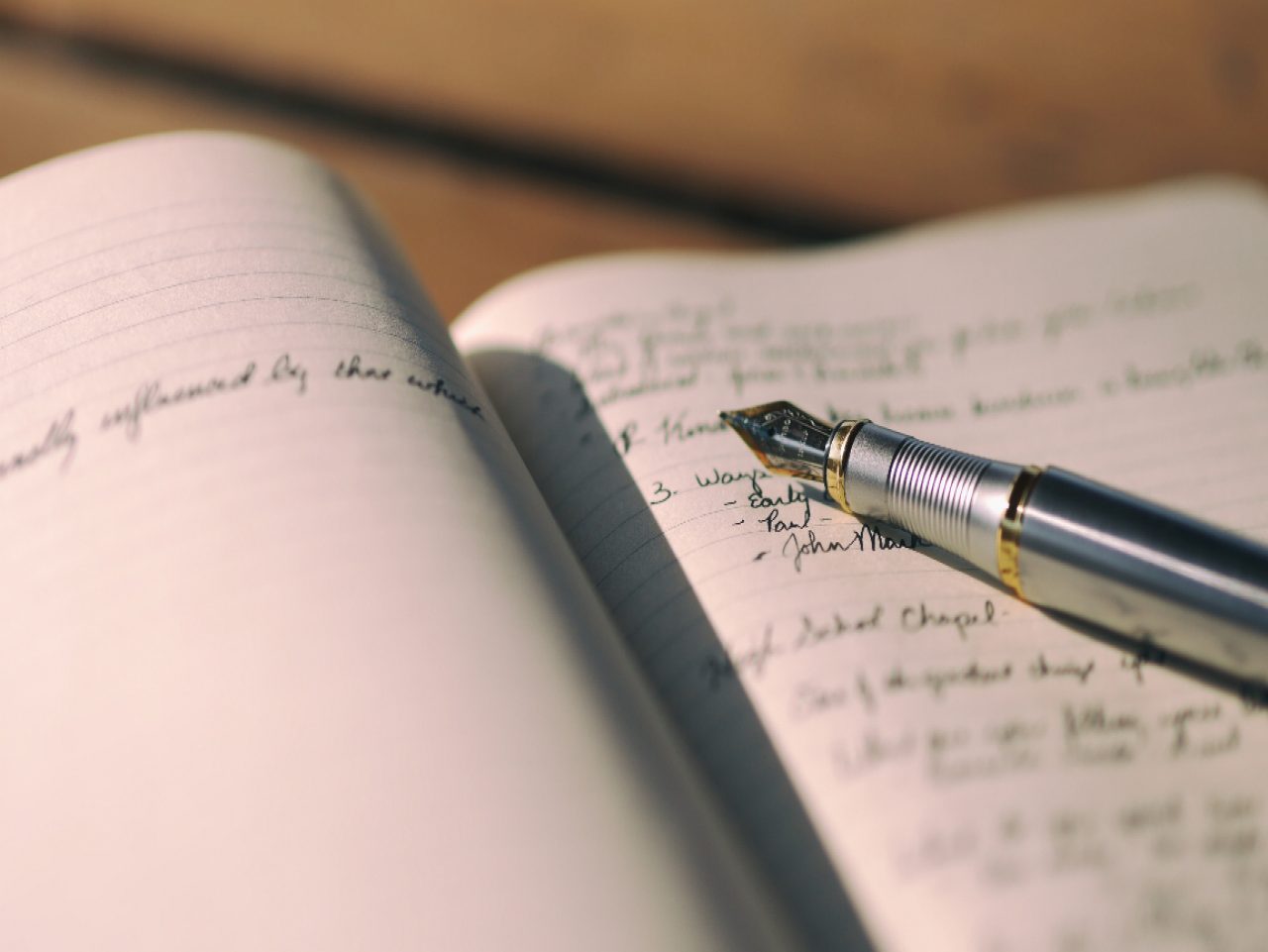 When I was little, I was fascinated with the concept of cooking.

My mother didn’t enjoy it, but my father loved nothing better than to experiment in the kitchen with new recipes and flavor combinations. The mixing of things together with the addition of heat and stirring could result in the most marvelous tastes. He would often let me help him, pouring in some of this, stirring some of that. He was very cautious when it came to heat; he constantly reminded me that I needed to keep my eye on whatever I was stirring and to be especially mindful of covered pots that were supposed to boil.

As I helped him make spaghetti sauce one day, I became distracted by a book I was reading and didn’t pay attention to the sauce as it sat covered on the stove. Suddenly, I was being pelted by blobs of red sauce as the lid danced around the pot, spewing its contents as the steam periodically lifted the lid. Not thinking, I took the lid off, and the spaghetti sauce began bubbling over everywhere, making a mess on the stove and burning me in the process. A painful, but well-remembered object lesson.

As I’ve gotten older, I’ve realized that so many of the things we encounter in daily life that are small inconveniences or uncomfortable experiences are actually greater life lessons that I need to heed. Not to sound too much like Forrest Gump, but life is a lot like that pot of boiling spaghetti sauce.

We are constantly mixing things into and adding activities to our lives, becoming busier as time goes on. And the stress of deadlines and expectations and disappointments and responsibilities becomes the heat that brings the contents of our lives to a boil. This often causes us to say and do things in the height of emotion that we would never say or do in our saner moments.

We need something in our lives that will allow us to monitor the heat more closely so that we can diffuse problems before they boil over uncontrollably and we begin to spew words that are more hurtful than hot spaghetti sauce.

I have found that journaling, writing down my thoughts and ideas, can act as a significant release to the pressure that builds up day after day.

Author Isabel Colgate once wrote, “It is not a bad idea to get in the habit of writing down one’s thoughts. It saves one having to bother anyone else with them.”

Journaling is much like sitting back and looking through a window at what is happening in your life, and then writing down what you see and what you think and feel about it. It is a process of taking the thoughts and feelings from inside and giving them a voice on paper, a silent yet tangible expression of who and what you are. The beauty of journaling is that it can act as a release to things that build up inside, freeing passion and pain, gratitude and grief, delight and disappointment in a way that won’t infringe on anyone else’s feelings.

I have been journaling consistently for more than twenty years, and in that time I have dealt with crises, joys, sorrows, fears, excitement, anticipation, worry and a multitude of other emotions, circumstances and decisions in the pages of my journals.

It all began, innocuously enough, as a challenge in a Bible study, to journal fourteen days in a row without missing a day. The idea was to read a portion of Scripture, rephrase it, and write briefly what it meant to me and my walk with the Lord. It took me several tries to get the fourteen days in a row—I’d forget a day and have to start all over again.

Oh, the frustration of rules, the tyranny of the musts and have to’s! There was no way I wasn’t going to do it when everyone else in the group was succeeding. It became, I am almost ashamed to admit, a game to see how many days in a row I could go without missing.

The game, however, turned serious and personally beneficial when I began to look at the passage in light of my present experiences, what I was feeling, and questions I was pondering. I found myself writing more and more, recording not only my perspectives on Scripture but also attitudes I was dealing with, prayers I was needing to bring before the Lord, people in my life that required more of me than I had to give.

Writing became a process of actively dealing with the situation at hand. Getting it down on paper in black and white helped me focus on what was truth, what was emotion, and what was merely perception on my part. I was moving ahead in the development of a workable solution, an opportunity to advance in my thinking and processing of whatever I happened to be going through at the time. It helped diffuse the intensity of my feelings so I wasn’t as prone to take my frustrations out on others.

How does this work? Journaling can be personalized to who you are and how much time you have. Author Joan Didion wrote, “I write entirely to find out what I’m thinking, what I’m looking at, what I see and what it means; what I want and what I fear.” This has become my time with the Lord, my quiet time, and I begin with writing out my heart to the Lord. It ends up being the most honest, vulnerable and transparent praying that I do because I hold nothing back. The things that burden my mind and my heart are the things I pour out on paper, directing it toward the God who knows all that I am, everything that I think, each and every thing that I do.

The most difficult part is beginning—applying pen to paper. But as I come before the Lord, desiring to connect with Him heart to heart, I find my voice and the words come.

And it often looks different every day. At times it begins with simple narrative, what is happening in my life, how I feel about it. I can write opinions about anything and everything, right or wrong, because feelings are barometers of how I’m dealing with life. I can rant and rave about a person I’m struggling with or a problem that confounds me or a situation that causes me despair. Writing things down and getting them out of my head and down on paper keeps me from saying things (usually) that are inappropriate or hurtful to others.

Sometimes I write words of praise and thanksgiving because I’m simply grateful. These will become your prayers, as you allow yourself to be real before God, no holds barred. He knows us completely anyway—being honest and transparent is freeing to the soul.

I then read a passage of Scripture. My preference is to read through the Bible, cover to cover and then I take a few moments to summarize it in my journal. What is the author saying? What are my questions on the passage? Then I take another few moments to comment on how this passage impacts my own life, the possible applications, and things I may never have seen or understood before. It is amazing how the Holy Spirit will illuminate passages for me that seemed at one time confusing. Even if I still have questions, I write them down to research later.

You may only write a few lines, or you may write pages— time and the Spirit of God will help you set your parameters. And as the days go on and you look back at what you’ve written, you’ll learn even more about yourself than when you were writing it the first time. You can see growth, answered prayer, and your life in perspective.

It has been said that it takes six weeks to develop a habit. What began as a game for me, developed into a habit which amazingly transformed into quality time with my Friend. It began as a matter of discipline; there were some days that were rich with insight and others were as dry as fallen autumn leaves—no life, just duty.

And there are still times today when my time with the Lord is dry, but I have the freedom to write that down and express my wandering mind or my wilderness soul, and I know He is not bothered by that. But as I take the time to write what is truly on my heart, I am convinced that there is Someone who knows me better than anyone else, and it feels really wonderful to be fully known.

Challenge yourself to fourteen days of journaling and spending time in God’s Word. It doesn’t have to take hours; anyone can set aside fifteen minutes for something they value. Find a time in your day that works best for you on a consistent basis, a time you plan into your schedule so you know it won’t be overlooked by busyness or deleted by hurry. Anyone can do something for fourteen days, and who knows — you may find that it is the highlight of your day.

Dayle Rogers has been on staff with Cru for over 35 years.

Ten Ideas: Do You Have A Healthy Heart?

The Day I Went Missing

After becoming the object of a city-wide search, I realize the spiritual connection in finding something of value that was lost.

5 Habits to Declutter Your Quiet Time

Maybe you’re not the resolution type, but consider joining me to establish daily, Christ-centered patterns. All it takes is a little decluttering to start strengthening your quiet time.

What makes people do dangerous things? What does it look like for us to step out in faith boldly?