Why we need Jesus in the times we want to point a blaming finger. 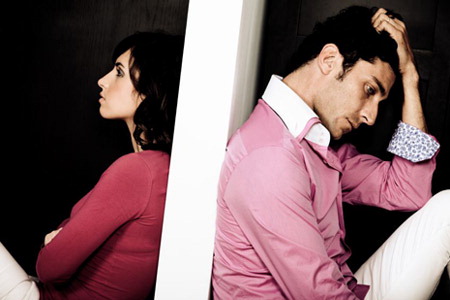 Late in the evening one Wednesday night, we got a call from Molly. “We desperately need your help. Can we come over?” and over she came with her husband, Allen. For the first five minutes, Molly told us everything that Allen was doing wrong and the great efforts she’s put in to change him. Allen was silent.

Then my wife asked, “You’ve told us about Allen. Why don’t you tell us what you’ve contributed to the problem?” Offended and put off, Molly insisted that she had done everything she could do to fix Allen. The rest was up to him.

Then Allen finally spoke: “I’m doing the best I can, but my best is never good enough.” The pain in his statement reverberated throughout our kitchen, but even louder was the silence that followed. He had nothing else to say.

Molly and Allen had fallen into the blame trap. Molly’s entire focus was on Allen. She did not recognize her contributions to the problem. And Allen blamed Molly and her lack of cooperation for the failures in their marriage instead of looking to himself.

When a problem or a conflict arises, we are poised to fall directly into the blame trap, and we often do. We blame our spouses and then either blatantly accuse them or set out to fix them. We may even pray, but we pray that God will fix them, convict them of their sin or cause them to repent.

Although the blame trap never works, it is still the first course of action that most marriages take—all the way back to the very beginning.  Look at the Garden of Eden, just after Adam and Eve ate the forbidden fruit.

“And He said, ‘Who told you that you were naked? Have you eaten from the tree of which I commanded you not to eat?’ The man said, ‘The woman whom You gave to be with me, she gave me from the tree, and I ate.’ Then the lord God said to the woman, ‘What is this that you have done? And the woman said, ‘The serpent deceived me, and I ate’” (Genesis 3:11-13).

Eve ate the fruit and Adam ate the fruit. However, when God asked each directly, both Adam and Eve denied responsibility. The blame trap began: blaming another instead of looking to ourselves.

We all fall into the blame trap because, regardless of circumstance or actual facts, it is always much easier to deal with a problem if someone else is to blame. Then the onus is on them to fix it, to change or to apologize.

“If only Eve hadn’t tempted me!”

“If only the serpent hadn’t deceived me!”

“If only Allen would lead!” “If only Molly would follow!”

We blame others to bring ourselves comfort from guilt or responsibility.

We blame others to protect ourselves and make things better for us. and we think once the blame is shifted away from us that we are better off. We’re not. Blaming others helps the guilty feelings go away, but hurt, bitterness and anger often fill their place. We trade responsibility for our own actions and receive a manifold return of disaster. No matter how we look at it, the blame trap is the wrong way to handle conflict.

In any conflict, especially marital conflicts, it is essential that we examine ourselves. This does not mean that our spouse has no blame. All it means is that the blame that rests with our spouse is not ours to deal with. That is between him or her and God.

Self-examination is the better way. Consider Romans 12:18: “If possible, so far as it depends on you, be at peace with all men.” Phrases like “if possible” and “so far as it depends on you” admit that we cannot make others live at peace with us, anymore than we can make others do what we think they should do. Instead, it turns the focus and responsibility of interpersonal conflict on us personally. It says, “In any conflict, make sure you are doing all you can to live at peace.”

So, when Molly and Allen sat across our table, the best we could do was to first turn them away from each other and toward a mirror. We had to help them deal with the problems they saw in the mirror first (James 1:22-25). Then, we helped them see the interpersonal dynamics in their marriage.

When we accept the calling and the challenge to focus first and primarily on our own responsibilities and blame, we are given a gift from God. It’s called humility. With humility comes grace to give away, patience to spend and love that understands.

As a result of this humility, we argue less, love more and seek understanding—not victory. and all of this comes just from avoiding the blame trap and actively pursuing another way—a better way.

One couple got it right and reaped the benefits. Wendy and Rick were a young married couple. Shortly after their wedding, Rick went into a long stretch of unemployment. They were forced to live on her salary only, which put them in an awful financial position. Daily, Wendy would push Rick to apply for this job or that position. The harder she pushed, the less he would do. In just 12 months, they drifted from happy newlyweds to live-in combatants.

At a quick glance, the main issue seemed to be Rick’s unemployment. If they just resolved that, they’d be fine. This was the basis for Wendy’s complaints and constant prodding. And since Rick wouldn’t fix the problem, the blame seemed to rest squarely on his shoulders. But a closer look revealed a more complex picture.

Wendy was not better off for falling into the blame trap. In fact, once she fell in, she realized that Rick only got worse not better, and she was growing more and more bitter. The thinly veiled promise of improvement quickly gave way to the awful effects of the blame trap—rather than improve the problem, the blame trap compounds it.

Wendy and Rick both needed to examine their contributions, not their spouse’s contributions. They soon began to see the value of self-examination; by avoiding the blame trap, their relationship started to be transformed. Rick even found a job.

Just like Wendy, when we blame our spouse and try to change him or her, we are filling a role never intended for us. If real change happens on the inside, at a deeply personal and heart level, then it takes the Holy Spirit to change a person’s heart. When we try to do it without Him, we are trying to be Him—a dangerous task under any circumstances.

If we will be wise enough to look at our own role in any matter, especially marital conflict, we will be dealing directly with God. He will be working on our own hearts and we will give Him the room to work on our spouses’ hearts.

Learn to understand and resolve the most common disagreements in your marriage.