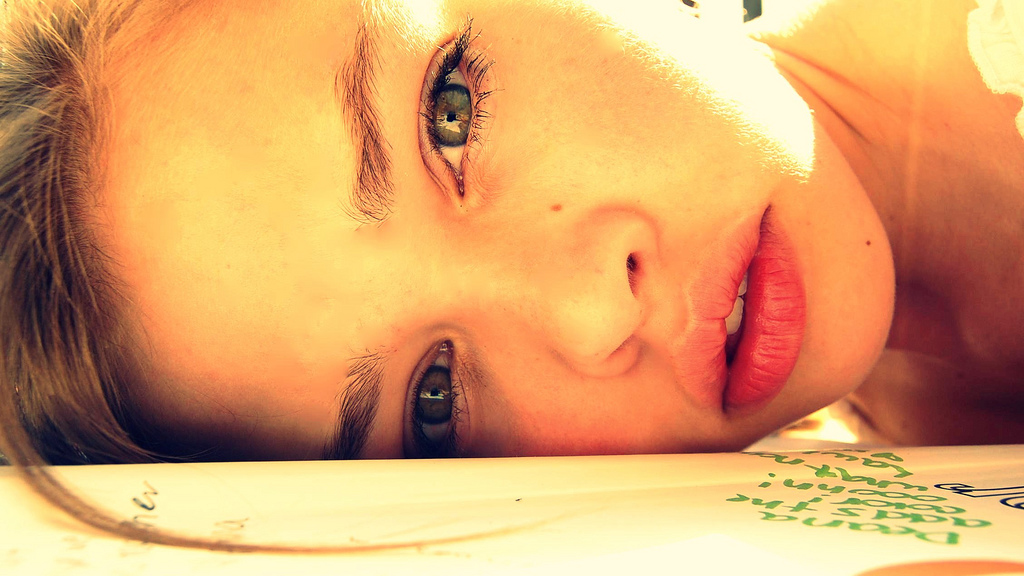 It lingers, the hateful, mocking laughter. The images of angry glares and sneers. That cold feeling in your bones letting you know just how isolated, scared, and lost you’ve become. Or maybe it’s the self-inflicted and all-too-visible scars decorating your body that make it impossible for you to feel anything but broken.

Perhaps you’re familiar and haunted by all of the demons listed above. To some degree, we are all familiar with these nasty diseases of the mind: anxiety, insecurity, fear, self-hatred, self-harm, mental torment, depression, hopelessness, isolation.

I became infected when I was thirteen, which might seem like a young age, but anyone familiar with the way the world works today knows this is actually quite typical.

I started public school in seventh grade after being homeschooled for the majority of my life. Due to the fact I was relatively sheltered, I entered middle school with the confidence any pre-teen would possess if they had never been touched by bullying. I was largely ignorant of my flaws, walking around with the self-awareness of a goldfish. I see now that this made me the perfect target–a sheep amongst wolves.

I had a vision of what public school would look like for me. It involved me making as many friends as I wanted, spending my weekends at the movies on double dates, walking down the hallways earning the admiring glances from all my peers…(insert any other cliché here). It only took a few years for this vision, along with my self-esteem, to shipwreck and for my identity to become lost at sea. To my great pain, I found that I was not admired, but hated. Not envied, but mocked.

Who I was and what I thought of myself became solely defined by what my peers said and thought about me. And if you know anything about how teenage girls operate, you’ll know that they weren’t telling me how awesome I was. Every flaw was thrown up in my face, my own inadequacies used as a weapon against me.

“Kids are cruel,” society justifies. “It’s a tough age,” counselors explain. But these remarks do nothing except popularize the idea that bullying is just a rite of passage. That being slandered and tormented is just a part of teenage life. Like being called ugly, fat, annoying, and unwanted is as routine as learning to drive a car.

But the real effects of bullying are this. You feel forgotten. You pray for assigned group projects so you won’t be that kid without a partner. You wait in the bathroom until the bell rang so you won’t have to stand alone while everyone else mingled and laughed waiting for class. You stop answering your phone, afraid of what kind of teasing might be on the other line.

Bullying is a lot more than an uncomfortable memory from the past. It’s a present reality, a constant friend, a dark companion, telling you to not even bother trying to talk to that guy. It’s the whisper that warns you to stop passing by mirrors, because there’s nothing good to see there. It’s the darkness that urges you to take the pain into your own hands to hurt yourself because you deserve it. The effects of bullying run deep.

I held these thoughts in my heart for years. I dropped out of public school and started hiding from the world. But I learned that you can’t outrun your demons. You can’t hide from yourself. Wherever we might be in life, no matter how far we’ve traveled from that time period, we carry the wounds, friends.

And yet, I carried a heavier burden still.

The roots of unforgiveness and resentment were firmly embedded into my spirit. In fact, I think the best word to describe my entire being at that time was hate. Hatred for not only myself, but for the ones who had stuck a knife into me, and for the ones who twisted it. For my family and for strangers. For pretty girls I had never met and for popular guys I never bothered to know.

I was so consumed with insecurity and bitterness from the past that I was completely missing out on the life right in front of me. In fact, the darkness surrounding me was so strong that it seemed as if I would never find the light again. Never feel confident again.

But there is one who is stronger and His eyes never stopped watching over me through it all.

One day, during my senior year of high school, I heard an inspirational speaker on the TV as I sat in my living room. He talked about the importance of forgiving your enemies and letting go of hatred. That caught my attention. What a weird thing to say.

That’s completely ridiculous, I thought. But as any child of the modern technological era would do, I followed my obsessive need to Google everything. I discovered during my search that in the Bible one of Jesus’ followers asked Him an interesting question. His follower wanted to know how many times we are expected to forgive our enemies. He wondered if seven times would be enough. Jesus told him to forgive people “seventy times seven” meaning infinitely. I didn’t really like the idea of that, so I dismissed it and went on my way.

However, the next day I was riding in the car with my mom and had my headphones on. When I looked up for a second, I saw the number “7x70” flash on our radio screen showing which songs are playing. It only took one whisper from God to save my life.

I went home that night and obeyed God for the first time in years. At first, I was a little resentful. I mean, come on. I had been raised in a Christian home, but had been distant from God for years. This is the first assignment I had after such a long silence? Forgive people who not only hurt me, but who weren’t sorry? Let go of the anger and revenge I felt was rightfully mine? Impossible.

Except – it’s not. Luckily for me, God specializes in the impossible. That night I made a choice to consciously forgive everyone who I held grudges against in my heart. At first, it was just a robotic, going-down-the-list chore. But then God started moving powerfully and actively in my heart, and by the end of the list I was a new person. I felt the unbearably heavy chains being lifted off of my spirit, replaced with a weightlessness that brought me to my knees. In that moment, God did for me what I could never do for myself. That night, God set me free.

No matter where you are, you can be found. You might be the college student still broken from abuse you’ve suffered in the past. You might be the woman who sees herself as others have labeled you: unwanted, unlovable, and undesirable. You might be the one who thinks you’ve gone too far and done too much. Or you could be the one who has hidden everything away in your heart, cried silent tears alone in the dark, and covered up the parts of your body that will reveal how ruined you really are.

Whoever and wherever you are, I can tell you that I’ve been there. I’ve walked through my own personal Hell. I’ve cried and suffered and believed the lies. I have been bent into so many shapes that I forgot what my original form looked like. All to discover one truth that changed everything: there is One who is bigger. And His name is Jesus.

At the bottom of the pit is where He finds you. Standing alone in the middle of the crowd is where He sees you. In the bathroom with the blade in your hands is where He holds you. In the deepest aches of your heart is where He heals you. And in the restless part of your soul, where so many lies have shut out the light, is where He whispers the truth about who you are.

For me, real healing began only when I allowed Jesus to tell me the truth. The first thing I learned was that I was never capable of picking up my own pieces. I was never strong enough to defeat the darkness by myself. I had a disease of the spirit and diseases demand a very real antidote. When we’re physically infected with a virus, we don’t put a bandage on our elbow and expect it to go away. In the same way, I couldn’t expect to be healed from my pain without seeking out a treatment plan that worked from the inside out.

On that day when God found me and spoke to me, I realized that Jesus was the cure my soul had been searching for all that time. By His gentle urging and help, I was able to forgive them. He infused my spirit with healing, washed my wounds in love, and soothed my tired and sore bones.

I discovered that I was loved unconditionally with an acceptance not based on how pretty I was, how many friends I had, what kind of car I drove, or what others were saying about me. I had found a love based on who I was in the deepest part of my heart. All of my quirks, features, interests, thoughts, dreams, and gifts are known and treasured by my God. In fact, I found a verse in the Bible during that time that says He is “familiar with all my ways” (Psalm 139:3).

If I could take away only one truth from my experience, it would be that the love of God is alive and relentless; He will stop at nothing, will spare no expense, to win back your heart and bring you home into the shelter of his arms. The effects of bullying? I found freedom.

Reposted from everystudent.com. Used with permission.