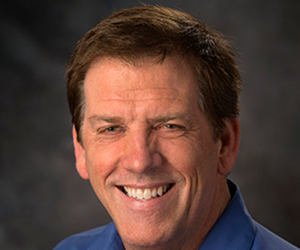 Greg Lillestrand and his wife Charmaine are both graduates of Texas Christian University. They joined Cru staff in 1985 after working a few years in the business arena of San Diego. They served at the University of Texas for 3 years before moving to Serbia to help launch Cru student ministry in that nation.

Following Eastern Europe, they served as Campus Directors at University of California, Berkeley. They then lived in Moscow, Russia for 4 years, serving as the Eurasia Campus Ministry Directors for the 16 nations of the former Soviet Union. In 1995, they joined the U.S. Campus Ministry National Team, leading the Worldwide Student Network, which helped launch 367 new ministry locations in 60 countries during the next 9 years.

In 2005, they moved their family to Italy, serving as the National Director for Agape Italia for 5 years. The missional challenges of Europe caused Greg and Charmaine to see the power of the Gospel more clearly, and fresh ways of encountering the lost of today.

Their role now is to lead the City ministry of Cru.

Greg and Charmaine carry a passion for men and women to experience the joys of a wholly surrendered life to Jesus. “To have a relationship with the One who created you, to understand you have a purpose, your life matters, you can make a difference in the world...that’s all privilege!” says Greg.

The cities of the world represent an incredible challenge and an amazing opportunity for the Gospel. Millions of lost around the world are moving to the City every month. They believe cities are the new 10/40 window of 21st century missions.

"We want to show up, in creative ways, in relationship, with those who are lost, who do not yet know what being a follower of Jesus really means. We want to live it and share it among them. As Cru staff we will do our part, yet the scope of our cities necessitates that millions of kingdom citizens are mobilized, equipped, and resourced to live it 24/7 every day, to make a difference for Jesus through their unique spheres of influence and relationship networks," says Greg.

Greg and Charmaine have 2 children, Ryan and Sophia, and they currently live in Austin, TX.