Marek and Ala Wyrzykowski 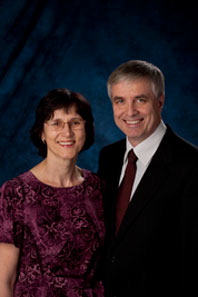 Marek and his wife, Ala, became Campus Crusade staff members in 1990. Marek has served in a variety of roles including leading campus team in Warsaw and community ministries in Poland, national director for Poland, and regional director for Belarus, Hungary and Poland.

“Eastern Europe is a very diverse area. There are many different religious backgrounds in our 20 countries – Orthodox, Roman Catholic, Muslim, Jewish and atheistic. At least 10 major languages are used in the 11 time zones that our Area covers,” says Marek. “Most of the countries left the communist system around 1990 and became open for the Christian witness. God allowed us to start ministries in all of them now.”

“Our goal is building spiritual national movements that will impact not only their own countries but reach out to other countries in Europe and beyond,” says Marek.

Marek and Ala have 2 adult children, Zuzia and Michał.